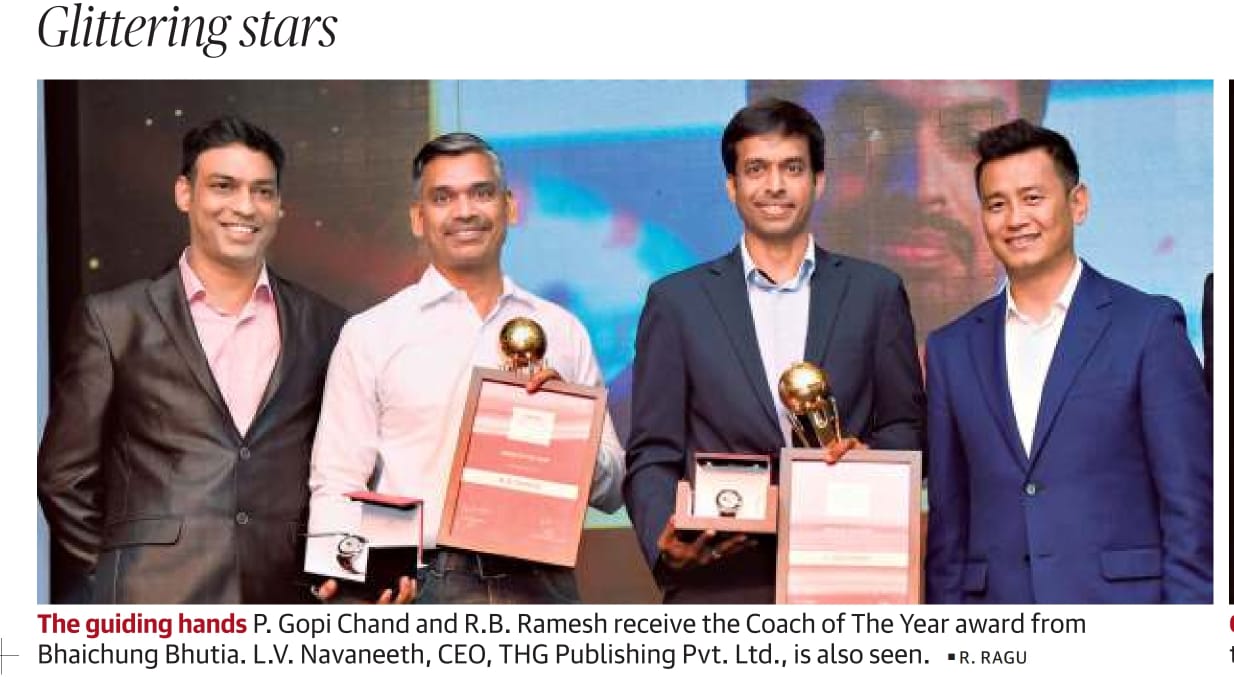 Ramesh has been instrumental in bringing through several young international medal winners. Among his students, R. Praggnanandhaa, aged 14, won the world under-18 title, became the Xtracon Chess Champion and jointly won the London Chess Classic.

“I think in Indian sports for an aspiring player to improve, they look for foreign coaches and they go abroad. There was no one I could look up to during my playing days. So I gave a shot at coaching myself. My compatriots helped me as well. I thought I was better off as a coach than being a player. So I began training some young players,” said Ramesh after receiving the award.

“IOCL had helped me when I was a player. The key to success is being clear about your priorities. We should keep focusing on learning. You should put in extra effort for efficient learning. I want to thank my mentor and my wife for this. Thanks to every other coach as well,” he added.

Ramesh’s wards Divya Deshmukh, R. Vaishali, Aravindh Chithambaram were among the medal winners during the calendar year. Bharath Subramanium became an international master at the age of 11 years and eight months.

Congratulations to Alana Meenakshi for coming First in Rapid & Blitz in Western Asia under 8 Girls championship 2019!

Get all latest content delivered to your email a few times a month.